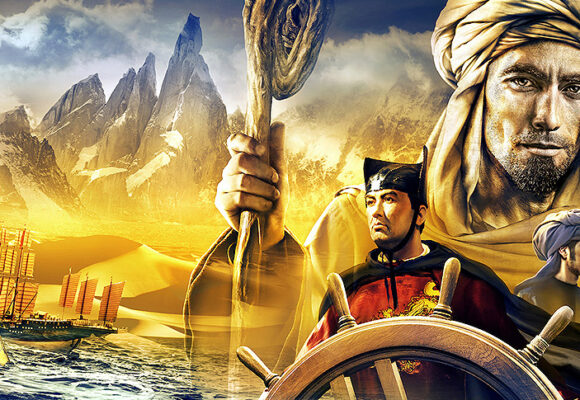 Ibn Battuta was a medieval Muslim traveler. He is responsible for writing one of the world’s most famous travel logs, the Rihlah. His intrigue to learn about new countries and new people gave him the fantastic opportunity to earn a living. His work describes the people, places, and cultures he met along the way. This short guide will discuss Ibn Battuta’s history – and show you how you can recreate his journey through the Ibn Battuta Mall.

Ibn Battuta, whose real name is Abu Abdullah ibn Battuta, was born in 1304 in Morrocco. He was born into a large family of Muslim qadis (Muslim judges) – who are part of the Islamic empire. After a few years in education, at the age of 21, Ibn Battuta set off on his travels. The purpose of his travels was to fulfill his religious duties by undertaking the pilgrimage to Mecca. He also started traveling with the motive of broadening his education and wanted to study under famous scholars. It seemed from a young age that Ibn Battuta was intrigued by the world around him and was a natural-born explorer. He knew that his trip to Mecca would be long and challenging. With thousands of miles

ahead of him, he set off on his journey and reached his final destination a year and a half later to complete his pilgrimage.

The Ibn Battuta Mall is a remarkable piece of architecture that pays homage to the late Ibn Battuta. The mall, situated on the Sheik Zayad Road in Dubai, is split into six Ibn Battuta journey-inspired courts. Each court represents a destination that Ibn Battuta traveled to on his journey. These destinations include – India, China, Persia, Egypt, Tunisia, and Andalusia. They are decorated with extensive detail and have some breath-taking models on display. The Ibn Battuta Mall is the perfect way to recreate Ibn Battuta’s story. Although the mall is full of fantastic shops, it is also rich in history. As you travel to and from the courts, you will notice some information plaques along the way. They are packed full of information about Ibn Battuta’s history. It is certainly a must-see!

After his pilgrimage, Ibn Battuta unearthed a passion for all things travels. He found excitement in discovering new places – and meeting people from different cultures. This led him to travel the world for the next 28 years. In total, he covered 75,000 miles of ground. Ibn Battuta started his journey in Iraq and Persia – before traveling along Africa’s east coast. Shortly after, he returned to Mecca for Hajj and then continued his travels to countries like India, Egypt, and Andalusia. When Battuta arrived home in 1354, he had many stories to tell. With the help of a scholar, his book called The Rihla was created. This iconic masterpiece is still spoken about to this day and documents his lifetime of travel. After his travels, Battuta worked as a judge in Morocco until he sadly died in 1369.